PAGs in milk, an indicator of early pregnancy 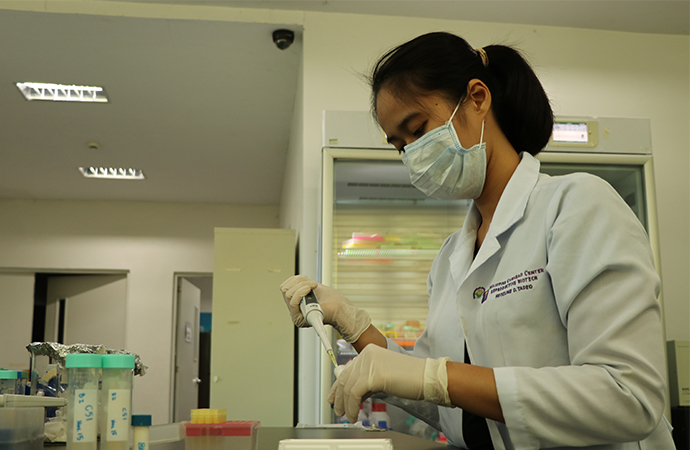 “There is a certain level of PAGs in milk that needs to be satisfied before pregnancy can be detected in buffaloes.” - Dr. Edwin Atabay PCC Scientist

Less stressful means of detecting early pregnancy in buffaloes is now possible through the determination of Pregnancy-Associated Glycoproteins (PAGs) in milk. PAG is a protein secreted by a buffalo during pregnancy, however, it is often overlooked by the raiser.

This is depicted in the study titled “Early Pregnancy Diagnosis in Buffaloes through Detection of PAGs in Milk Using Enzyme-Linked Immunosorbent Assay” that was conducted by the Philippine Carabao Center’s (PCC) researchers.

“The process is evasive so the animal is less tensed as compared to determining PAGs in blood where you use a needle,” Dr. Edwin Atabay, PCC scientist and one of the researchers said.

The study indicated that there is an increase in the accuracy of determining pregnancy via PAGs in milk than ultrasound at 26 days post-insemination.

More importantly, the calving interval may be shortened. From the usual conduct of rectal palpation in 3-4 months after breeding, PAGs in milk can be detected in about 26 days after breeding. In this way, the farmer also avoids incurring expenditures without financial gain during the time that a buffalo doesn’t produce milk or isn’t carrying a calf that can be sold later on.

A total of 37 female buffaloes that were being reared at the PCC Gene Pool underwent Fixed Time Artificial Insemination (FTAI). FTAI is a means of breeding wherein the animals are artificially inseminated at a determined time instead of the traditional method of mating using bulls.

Eight of the buffaloes that became pregnant and eight others who aren’t were chosen. About 5 ml of milk was collected as needed from each of the buffaloes. At the same time, blood collection was done.

The milk samples were brought to the laboratory for analysis using the IDEXX Milk Pregnancy Test. The said test uses “monocolonal antibodies” against PAGs and is placed in a microplate where PAGs in milk can be shown.

The researchers also used ultrasound and blood samples analysis to see if the three have relationship with each other.

“There is a certain level of PAGs in milk that needs to be satisfied before pregnancy can be detected in buffaloes,” Dr. Atabay stated.

During pregnancy, starting at day 26 through 40 the level of PAGs increases gradually every day. However, slightly decrease of PAG was observed at day 60.

According to Dr. Atabay, in the future, they want to develop a kit for buffaloes similar to a person’s pregnancy test kit that is portable and easy to use.