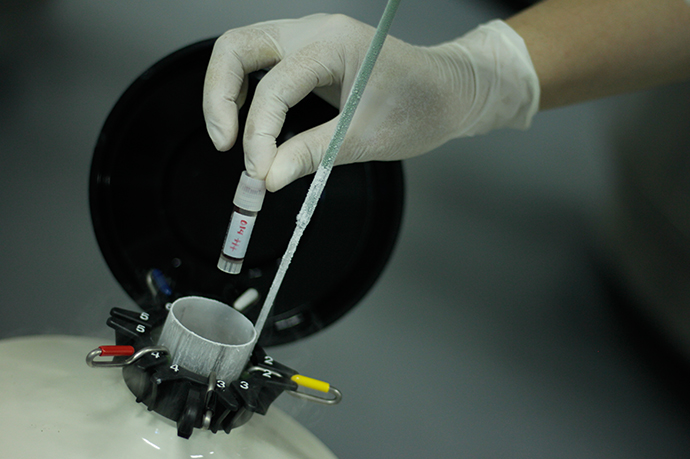 Scientists and researchers from the National Institute of Molecular Biology and Biotechnology (NIMBB) and the Philippine Carabao Center (PCC) took the initial step toward the development of a vaccine against surra.

Surra is a parasitic disease caused by Trypanosoma evansi, a protozoan trypanosome. This disease causes weakness, edema (abnormal accumulation of fluid in certain tissues within the body), and pyrexia (raised body temperature or fever) in infected animals.

It is one of the economically disruptive diseases affecting livestock. Some buffaloes become cryptic hosts to T. evansi. Though there may be no overt symptoms, the effects could be still births and abortions.

However, the researchers observed that there are instances when these drugs are less effective to some isolates. It is not known whether this phenotype (drug resistance) is correlated with variations that can be found in target gene markers (e.g. variant surface glycoproteins, flagellar proteins) but it can serve to model the spread of drug-resistant genes in the population.

Hence, a study was done to identify potential markers for drug resistance, to sequence and analyze strain and virulence markers, to biobank and archive samples, and eventually use these resources for the development of vaccine against surra.

The researchers isolated 15 strains of T. evansi from trypanosoma-positive blood samples from different parts of the Philippines. The strains were propagated in mice then subjected to in vitro (experiment done in a test tube) drug sensitivity testing and whole genome sequencing.

They assessed the virulence of these strains based on daily parasitemia (demonstrable presence of parasites) and symptomatology (set of symptoms exhibited by infected animal) observed in mice.

All samples were subjected to whole genome sequencing to look for possible sequence variations that would account for the differences in drug resistance or susceptibility.

The genome sequence of 014 was compared to other virulent strains. It was found to be highly virulent both in vivo (experiment using a living animal) and in vitro and was resistant to all three drugs that PCC uses to treat surra.

Since sequence 014 is resistant, it is ideal to be used as a model to determine factors that make animals resistant to the three drugs.

A vaccine that targets this resistant strain will then be developed.

Though this phase is complicated, it is only the first step in the process toward the development of a vaccine against surra.