Raw buffalo milk, is it safe for consumption? 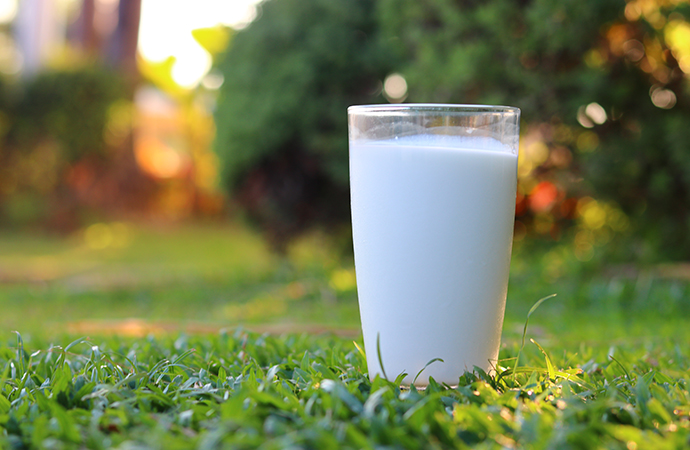 Milk, which is one of the products that can be harnessed from buffalo production and management, is no exception. Thus, the Department of Agriculture-Philippine Carabao Center, an agency which is mandated to promote, propagate and conserve the carabao as a source of milk, meat, draft power, and hide, to benefit the rural farming families, is making an effort in order to abide by the Food Safety Act. (Photo by Charlene Joanino, DA-Philippine Carabao Center)

Food is considered as one of the most traded commodities in the world. In fact, according to the reports of Food and Agriculture Organization of the United Nations (FAO), in 2020, global agri-food trade has more than doubled since 1995, amounting to $1.5 trillion in 2018, with emerging and developing countries’ exports on the rise and accounting for over one-third of the world’s total.

Thus, this is the same reason why food safety is being implemented around the globe. With more and more food consumed and traded globally, food safety takes its role in protecting the people and consumers from physical, chemical, and microbiological hazards in the food that can cause foodborne illnesses after consumption.

In the Philippines, food safety is currently being strengthened and implemented through the Republic Act No. 10611 otherwise known as the “Food Safety Act of 2013”. The act fortifies food safety regulatory system and provides protection to consumers so they will have access to local foods and food products that have undergone production and processing systems that comply to safety standards and have passed the tests on the allowed limits for hazards that may be present in the raw and processed food products.

Milk, which is one of the products that can be harnessed from buffalo production and management, is no exception. Thus, the Department of Agriculture-Philippine Carabao Center, an agency which is mandated to promote, propagate and conserve the carabao as a source of milk, meat, draft power, and hide, to benefit the rural farming families, is making an effort in order to abide by the Food Safety Act.

The study was conducted to detect if raw buffalo milk is contaminated with antibiotic residues and if it is safe for consumption. The study also aimed at profiling the resistance of S. aureus and E. coli to antibiotics commonly used in dairy production for the treatment of common dairy buffalo diseases such as mastitis, pneumonia, and diarrhea.

The S. aureus and E. coli are common disease-causing bacteria that are present in the skin of healthy animals and in the environment were recovered from milk samples. The phenotypic antimicrobial resistance profiles of these bacteria were determined using the Kirby-Bauer disk diffusion assay, which determines the sensitivity or resistance of certain pathogenic bacteria to various antimicrobial compounds.

Though the prevalence of antibiotic residues is found at 35.42%, it was noted in the study that the amount of residues was within the permissible level of the Maximum Residue Limit (MRL) of the Codex Alimentarius or the level that is legally tolerated in food.

The knowledge, attitude, practices and skills of farmers were also surveyed in the study to characterize the social aspects of dairy buffalo farmers. The survey showed that the knowledge of majority of dairy buffalo farmers was high, their desirable attitude was favorable, their employ good dairy practices and their skills ranged from excellent to good concerning avoidance of antibiotic residue in milk in Nueva Ecija.

In terms of the antibiotic resistant pathogenic bacteria present in raw milk,  however, it’s ubiquity necessitates that proper environmental sanitation and milking hygiene is imperative to prevent its transmission from the environment, humans, animals and its product. Avoiding consumption of raw milk and proper pasteurization, and storage are also important control measures to ensure that these pathogenic bacteria are not transmitted to the consumers.

Overall, the study found out that raw milk is safe and fit for consumption with regard to antibiotic residue level and that the latter is not an alarming public health concern.