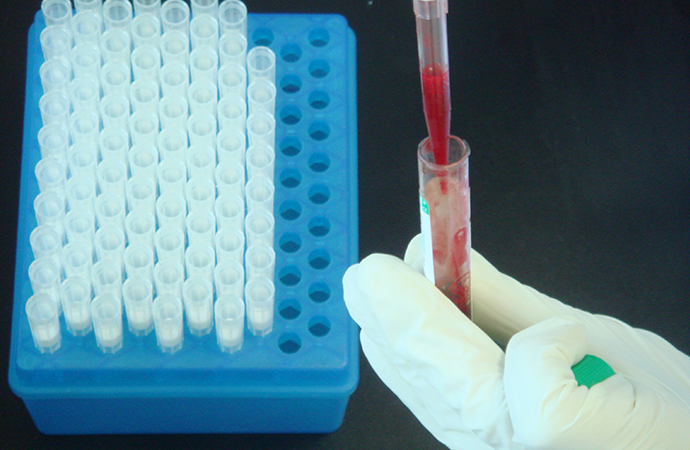 One of the methodologies employed in the study was blood collection of selected cattle in farms where BoHV-1 was reported.

Infectious bovine rhinotraheitis (IBR) or bovine herpesvirus 1 (BoHV-1) is recognized as one of the economically important diseases and a highly contagious infectious respiratory disease that infects ruminants primarily cattle, the experts said.

If afflicted by it, the adult cows will have a severe and prolonged decrease in milk yield, will reduce their fertility, and have abortions.

The disease is characterized by clinical signs of the upper respiratory tract, such as a (muco) purulent nasal discharge, hyperaemia of the muzzle (red nose disease) and by conjunctivitis. Other signs of general illness include fever, depression, inappetance, and salivation.

So far, there has been no accurate report of cases involving this disease in the Philippines.  But, in order to help prove or disprove the presence of the disease in the country and also help in the surveillance, control program and biosecurity measure for BOHV-1, the study titled “Optimization of Different Polymerase Chain Reaction (PCR) Techniques for Sensitive Detection of Bovine Herpesvirus 1” was conducted by a research team from the Philippine Carabao Center (PCC).

“If ever we will be importing animals from other countries, BOHV-1 is one of the diseases that we can screen using different PCR protocols for us to execute necessary biosecurity measures. In this way, we will be able to prevent this disease from entering the country. We will have a diagnostic test that can be used later,” Dr. Michelle M. Balbin, PCC Science Research Specialist II and a member of the research team, said.

Disease surveillance and monitoring, she added, can be an aid in avoiding economic losses in the local dairy industry.

She further said various tests have been issued by the OIE Terrestrial Manual for BOHV-1, which includes serological techniques like virus neutralization test and Enzyme-Linked Immunosorbent Assay (ELISA), virus isolation, and recently PCR which is increasingly used in routine diagnosis. Of these three techniques, PCR is the easiest technique so far, according to Dr. Balbin.

Different PCR protocols such as single-step PCR, nested-PCR and real-time PCR were optimized to detect BoHV-1. They can also be used in different diagnostic laboratories, the researchers said.

According to Dr. Charles Patrick Davis of eMedicineHealth, PCR is a technique that is used to amplify trace amounts of DNA (and in some instances, ribonucleic acid or RNA) located in or on almost any liquid or surface where DNA strands may be deposited.

In 2013, the research team of Dr. Fumitoshi Saito reported detection of antibodies against BoHV-1 and bovine parainfluenza virus-3 in farms in South Luzon Area.

“Whole blood samples were collected from 40 selected cattle in farms wherein BoHV-1 was reported. Twenty of the cattle were identified as seropositive of BOHV-1 while the rest are seronegative,” Dr. Balbin explained.

“Since the history of the animals were unknown and the farm has history of importing animals, we could deduce that these seropositive cattle were previously vaccinated with the existing BOHV-1 vaccines but may not carry the BoHV-1 pathogen,” Dr. Balbin said.

Aside from Dr. Balbin, the other researchers of the study were Dr. Claro Mingala, Ron Rian Manuela, Dr. Lawrence Belotindos, and Jonathan Lazaro.

The study concluded that the use of an optimized PCR protocol to detect the gB gene of BoHV-1 in dairy cattle blood assumes the possibility of BoHV-1 being absent in the Philippines.

This protocol can be used as a routine diagnostic tool for imported cattle and confirm suspected cases.

However, for surveillance purposes, increasing the number of animals is highly recommended. The use of different BoHV-1  (eg. gE gene), the study also suggests, should be ventured.