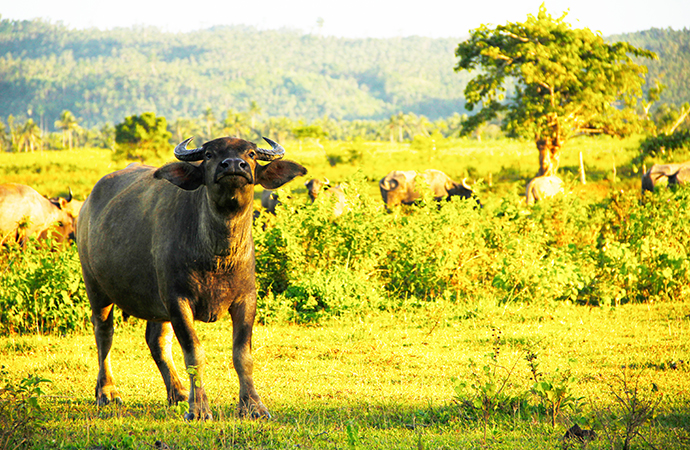 The study is under the project called “Screening for Sperm-factor (Phospholipase C-zeta) by Molecular Technique as a Novel Biomarker of Bull Fertility for Genetic Improvement in Water Buffaloes” led by Dr. Eufrocina P. Atabay, Scientist 1 at the PCC Reproduction and Physiology Section.

PCC reveals the first-ever study done on buffalo PLCZeta, a protein found only on sperms that induces oocyte activation.

“This study is foundational to a deeper understanding of buffalo PLCZeta’s biological mechanisms and ultimate realization of its potential benefits in livestock production,” Roseline Tadeo, one of the researchers, said.

The study is under the project called “Screening for Sperm-factor (Phospholipase C-zeta) by Molecular Technique as a Novel Biomarker of Bull Fertility for Genetic Improvement in Water Buffaloes” led by Dr. Eufrocina P. Atabay, Scientist 1 at the PCC Reproduction and Physiology Section.

Tadeo said PLCZeta’s function is to induce series of calcium oscillations, which activates the egg and triggers embryo development.

Findings and their significance

The researchers found that PLCZeta of the two breeds are almost similar in molecular structure.

On the other hand, they were able to identify a difference in their amino acid sequences.

This variation may affect the PLCZeta functions in the specific breed such as oocyte activation, fertilization and development of embryo, according to the researchers.

“Variations may play a role in gene and protein expression, physiological mechanisms, and biological functions of the two breeds,” the researchers said.

They explained that the variations of PLCZeta sequences identified in the study can be correlated with semen quality and fertility to enable genomic selection, which can hasten genetic improvement not only in water buffaloes but also in other livestock.

“This will also provide a biomarker for screening  the bull’s fertilizing ability to enhance reproductive efficiency and productivity in water buffaloes,” Tadeo said.

On the other hand, the researchers concluded that water buffalo PLCZeta has high sequence identity with that of the cattle and other domestic species.

In conducting the study, the researchers collected water buffalo semen samples from each breed of the Philippine carabao (draft type) and the Italian carabao (dairy type). The sperms were separated from the seminal fluid. Total ribonucleic acid (RNA), a molecule essential in the expression of genes, was isolated from sperm pellets and reverse-transcribed.

The PLCZ1 cDNA was amplified and then subjected to gel electrophoresis, a technique commonly used in the laboratory to separate charged molecules, like DNA and RNA, according to size. Subsequently, it was submitted to a firm, First Base Malaysia, for sequencing.