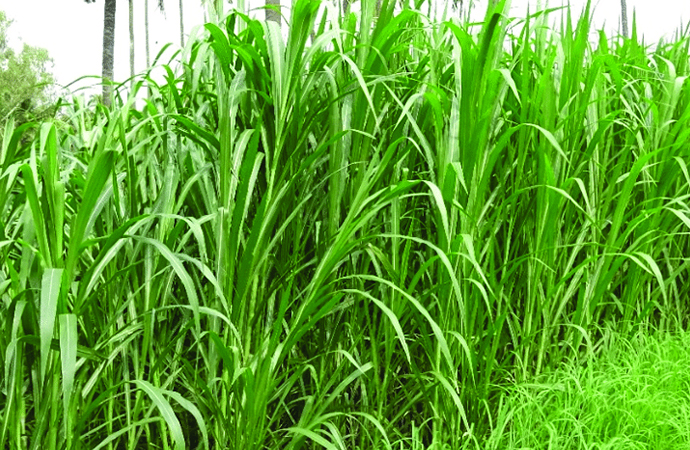 Pakchong 1, an improved grass developed by Dr. Krailas Kiyothong of Thailand’s Department of Livestock Development (DLD), was studied by a group of researchers from the Central Luzon State University and the Philippine Carabao Center (PCC), to determine its agronomic characteristics and nutrient composition under Philippine condition.

Pakchong 1 is a cross of ordinary Napier grass (Pennisetum purpureum) and pearl millet (Pennisetum glaucum). It was introduced by Dr. Kiyothong to PCC last 2014 before it was studied by the latter last April 2015 to March 2016.

Dr. Daniel L. Aquino, one of the researchers, said they used 12 quadrants, measuring 2mx6m per quadrant, in planting Pakchong 1 cuttings in PCC’s pasture area in the Science City of Muñoz in Nueva Ecija.

The study showed the following results:

The study recommended the following for further studies:

(1) Continually monitor the agronomic characteristics and nutrient composition of Pakchong 1 to cover one production cycle to include wet and dry seasons;

(2) Perform a complete soil analysis to determine the soil components of the pasture area;

(3) Consider regular monitoring on the occurrence of pathogens or pests in the area;

(4) Determine the nutrients digestibility/degradability to access the salient nutrients that are available to animals; and finally,

(5) Determine the economic cost of production and feeding of Pakchong 1 to dairy animals.

Other researchers who conducted the study were Dr. Ernesto Garillo and Ivan Carl Dela Rosa of CLSU and Phoebe Lhyndia Llantada of PCC.