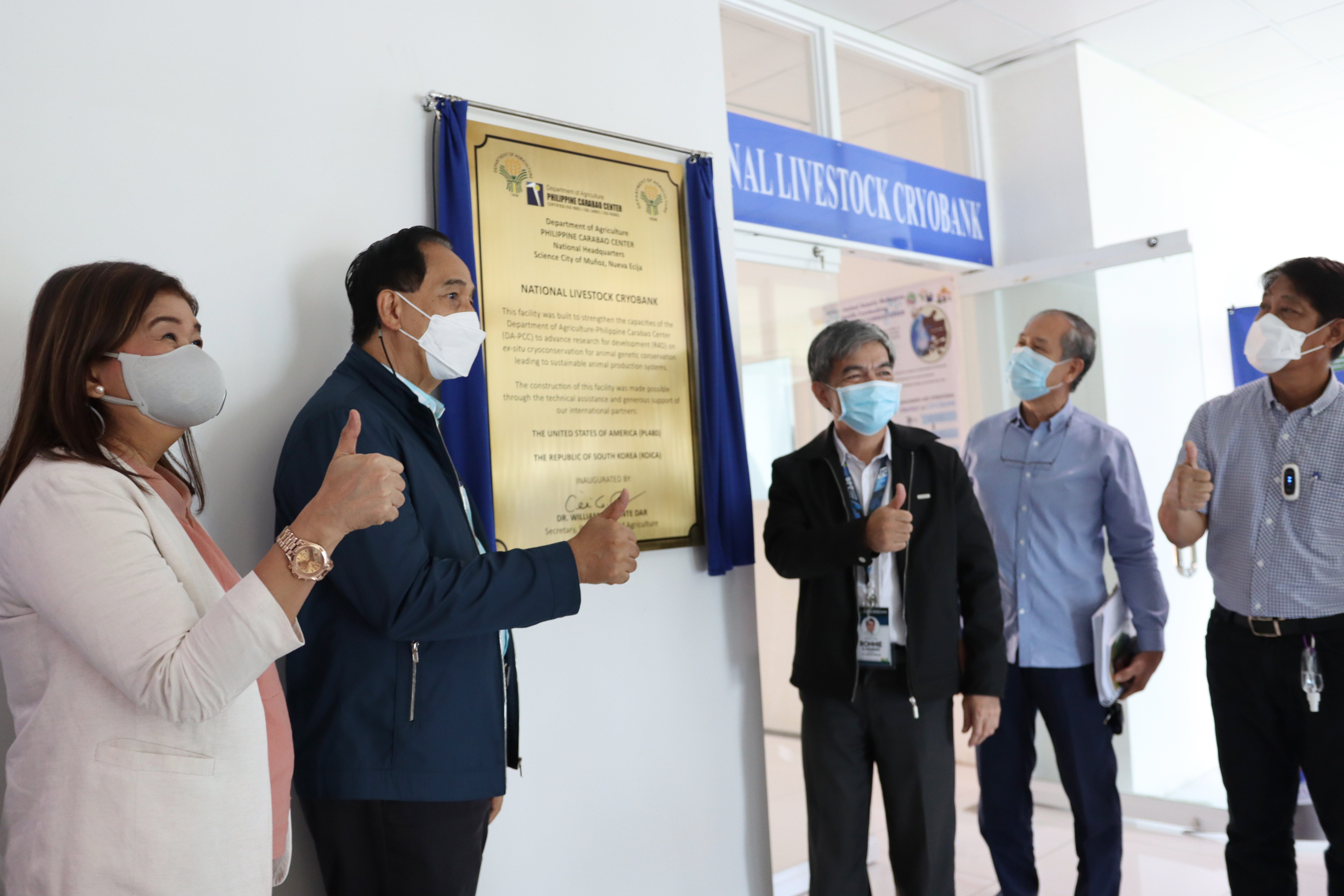 Unveiling of the NLC marker. Photo by Chrissalyn Marcelo

Department of Agriculture Secretary Dr. William Dar led the unveiling of the facility marker of the National Livestock Cryobank (NLC), which serves as a national repository of germplasm and biological samples from diverse livestock species, on September 3.

The NLC, situated at the Livestock Innovations and Biotechnology Complex of the DA-Philippine Carabao Center (DA-PCC) in the Science City of Muñoz, Nueva Ecija, will aid in the advancement of research for development (R4D) works on ex-situ cryoconservation for animal genetic resources (AnGR) from diverse livestock species towards conservation, management, and utilization, leading to sustainable animal production systems.

These endeavours are seen to sustain the genetic diversity of livestock species in the country and to provide a source of genetics to be used by farmers, livestock breeders, and other interested clients.

Secretary Dar, during the inauguration program, tried depositing frozen buffalo semen in the cryotank as part of a demonstration that the AnGR can be stored in an extremely cold temperature and can stay viable until future utilization. The NLC has a total of six cryotanks that store AnGR in liquid nitrogen.

The construction of this facility was made possible through the technical assistance and generous support of DA-PCC’s international partners, which include the United States of America through the PL480 project and the Republic of South Korea through the Korea International Cooperation Agency (KOICA).

Following the inauguration activity was the signing of administrative order and memorandum circular to formally declare DA-PCC’s cryobank facility as the National Livestock Cryobank towards conservation and management program.

The agriculture chief was also briefed on the agency’s technologies and research initiatives, in which he urged researchers and technology developers to not only focus on publication but also dwell more on the application and impact of such technologies for the benefit of rural farming families.

He also led the opening of the Kadiwa ni Ani at Kita farmers’ exhibit at the DA-PCC grounds. (With reports from Lilian Villamor)