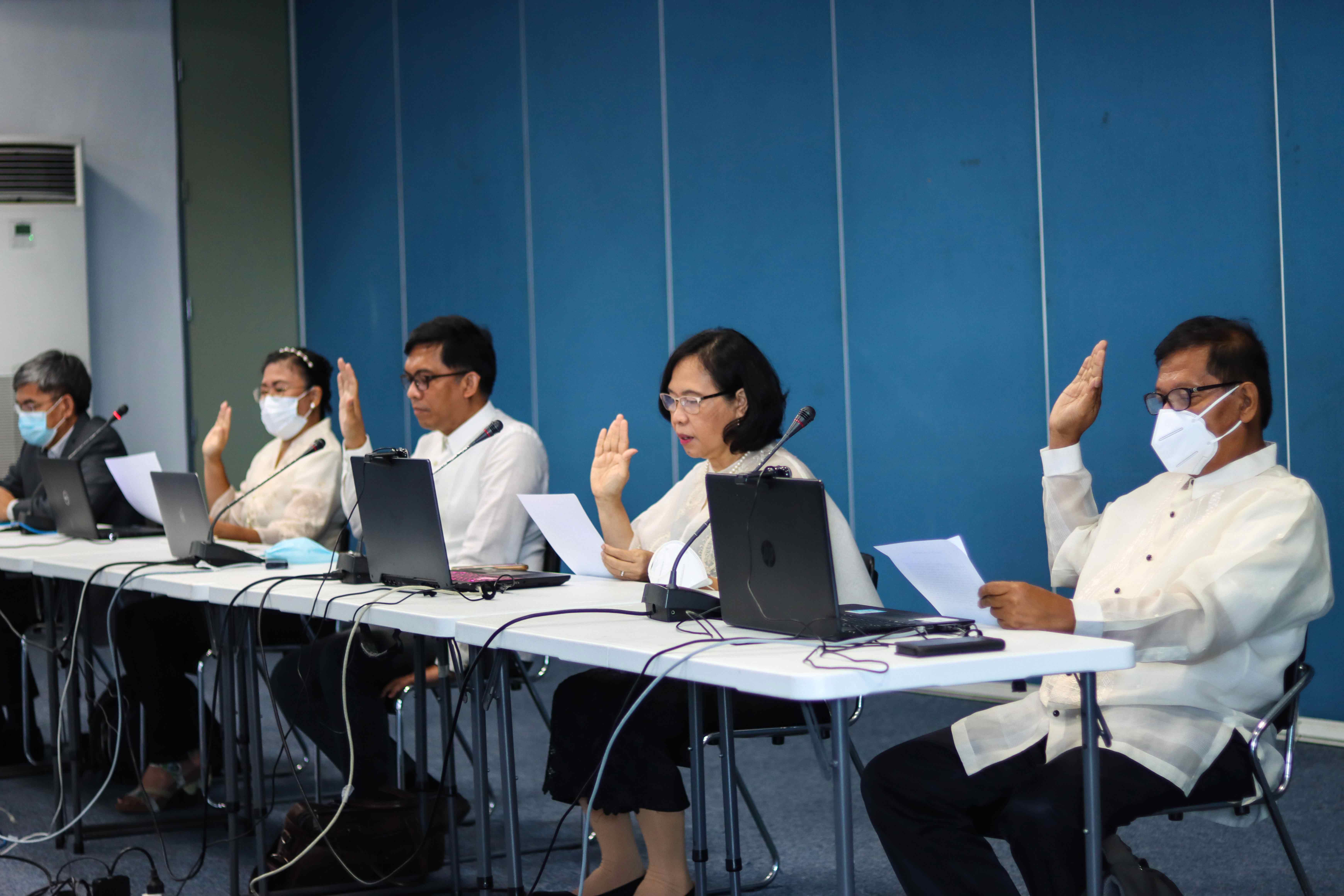 Five DA-PCC researchers took oath either as newly conferred or upgraded scientists, under the Scientific Career System (SCS) by the Department of Science and Technology (DOST) and the Civil Service Commission (CSC) in a virtual ceremony held on September 22.

Their significant contributions and noteworthy accomplishments in the agricultural science made them qualified and eligible to the career scientist rank, granted by the Scientific Career Council (SCC), which is the governing body of the SCS.

The SCS is “a system of recruitment, career progression, recognition and reward of scientists in the government service as a means of developing a pool of highly qualified and productive scientific personnel”. Its program is being administered by the National Academy of Science and Technology (NAST).