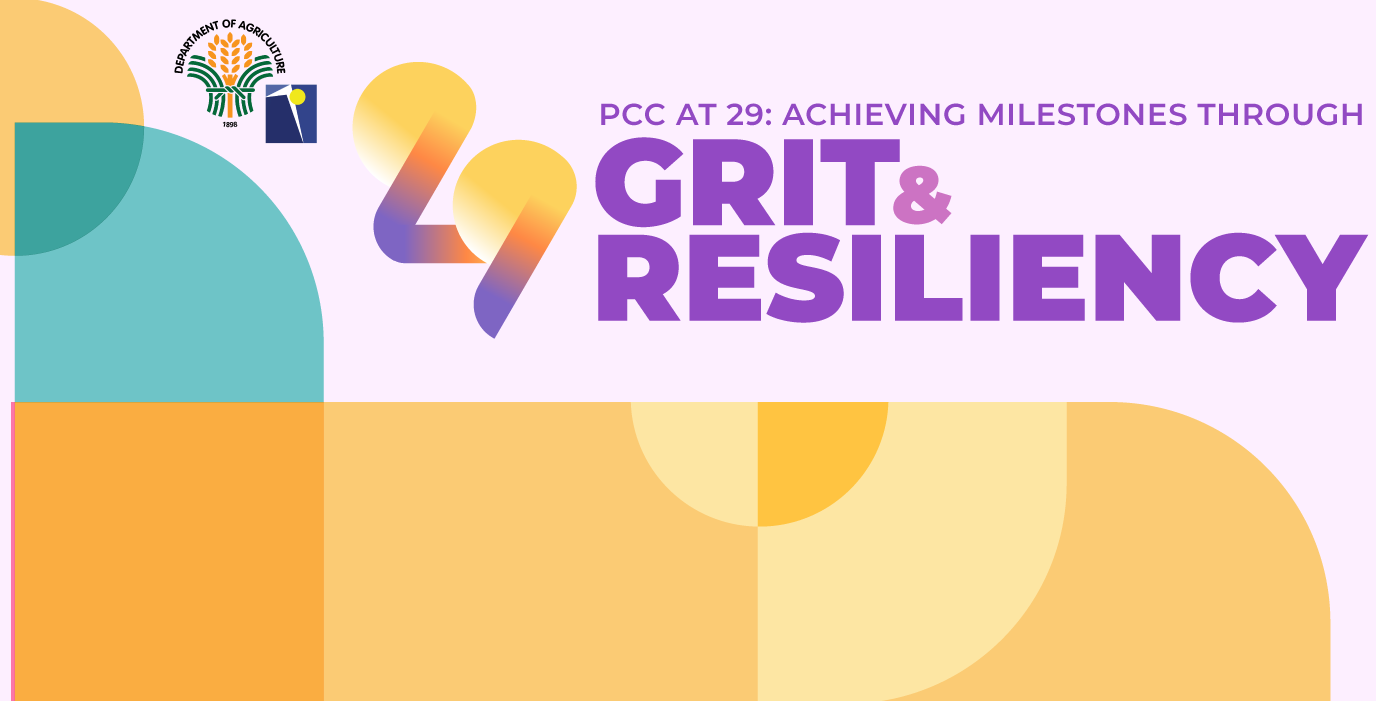 After nearly three decades, the Department of Agriculture-Philippine Carabao Center (DA-PCC) has remained steadfast in the implementation of the Carabao Development Program (CDP) with significant achievements. As it marks its 29th anniversary, the agency continues to realize its mandate towards national food security.

This year’s theme "PCC at 29: Achieving Milestones Through Grit and Resilience" reflects the challenges that the agency has successfully overcome over the years.

Zadieshar Sanchez, the overall chair of the activity, explained the meaning behind the theme. Accordingly, grit is the mental toughness and determination to achieve long term goals despite the odds, while resiliency is the ability to immediately bounce back or adapt after being exposed to a limiting situation. Therefore, grit and resilience combined form the quality of being able to deliver while overcoming all challenges, both in the short run and the long run time continuum.

It is through grit that DA-PCC stayed relevant even after many years of constant change, and it is through resiliency that DA-PCC was able to deliver beyond its commitments while fazed by the pandemic. Fortifying DA-PCC’s core values, grit, and resiliency give DA-PCC a hopeful confidence amidst the ensuing implications and effects of the Mandanas-Garcia ruling, the election season, and the developments in the global COVID situation.

The celebration will run from March 21-25, 2022 at the DA-PCC National Headquarters, Science City of Muñoz, Nueva Ecija. The highlights of the activity include a motorcade, ribbon cutting of the Knowledge Booth, GAD activity, mental and physical health wellness activity, celebration of milestones, KMD webinar, main anniversary program, employees’ recognition and appreciation, and employees’ night. These will be livestreamed through the agency’s official Facebook page.

The DA-PCC was established in 1992 by virtue of Republic Act No. 7307. Its mandate is "to conserve, propagate, and promote the carabao as a source of milk, meat, draft power, and hide to benefit the rural farmers."

In 1993, it started its operations through a small central office in Quezon City, supported by a small network of regional centers. Later, in 1998, its national headquarters and gene pool facilities were established in the Science City Muñoz, Nueva Ecija.

Currently, the DA-PCC has 12 regional centers across the country, which work together towards achieving its noble mission of improving the plight of its primary stakeholders, the smallholder farmers, along with providing assistance to other actors in the carabao industry value chain.